“MESSIAHVORE‘s first album release features 9 tracks. All the music was recorded live in studio and then the vocals and some extras added after the fact. We were stoked to have tracked all in the same room with one another and bring the music with the natural energy, feedback and volume of our live performances.

The recording was done in Denver in our own commercially run studio known as “The Crash Pad” Bart, the guitarist and singer engineered the recording. We simply set up and test tracked, locked in the tones and let it rip. The results speak for themselves. We are proud of our first effort and are looking forward to sharing it with all the heavy music fans of the world.

Lots of density on this debut release. Thick guitars and bass combined with saturated vocals. Catchy hooks but not overly commercial. The Last Word is an epic instrumental that supplies ambient vibe for days. Betrothed hits hard and is either about overbearing control or Vampires. You can make the call. Cult Worship is one of our favorites and Doublecrossstarts out with some Sabbath vibe then moves into desert rock territory. MESSIAHVORE mixes elements of groove metal, doom, stoner rock and a bit of industrial to complete the sound.”

MESSIAHVORE were only formed in Mid-2018. However collectively members have been working the Denver scene for years. Bart McCrorey Started out in the punk rock outfit St James Gate then joined the local skate rock favourite Frontside Five. Bart played lead guitar and co-fronted the band for a 10-year stent. Jenn began playing bass when asked to join The Blackouts in 2008. The all-female hard rock band that still plays in Denver today. Jenn and Bart asked long-time friend Bailey Cecil to play drums for them. Bailey had a strong background in the stoner and doom scene in the area hailing from fronting Bronze on guitar and drumming in Core of the Earth.Kevin Disney was the first and only guitarist the band tried out. They knew him from a band called The Worth. Kevin supplies an excellent amount of weird mixed with sonic knowhow.

The intent of MESSIAHVORE was to play heavy groove intensive rock that draws from their favourite stoner, doom, and whatever else that is sonically pleasing to them.

It was a fast start for the band, opening for Fu Manchu, Sasquatch, Nebula, Daikaiju and were slated to play with Lord Dying then the COVID hit the states. You know the rest of that story. This led to them buckling down and writing a seven song EP. The band signed to Coffin & Bolt Records which is incorporated with the international mainstay Golden Robot Records.

New drummer Brokk Dagaz and Bart met while recording a band at Bart’s studio The Crash Pad. After working with Brokk, Bart took note and tapped him for a collaboration project called The Bloodaxe released in 2018 that featured Bart on most all the strings and Brokk on drums. The collaboration part was 14 of Colorado’s aggressive vocalist writing and performing on the release. After this venture it was clear that Brokk would be hit up in the future and fortunately he was available and willing to step in.

Brokk comes from a Philadelphia death metal band Nefarious. The dude has chops for days and easily adapted to MESSIAHVORE’s driving style. He has great feel and grooves the shit out of the riffs. A fan of classic metal and an open mind to music, much like the rest of the band, he was the perfect fit to solidify the line-up. 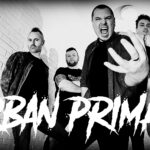 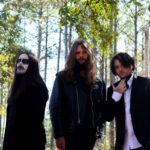 Help us keep the Lights on

Insane Realm Radio On The Go

We use cookies on our website to give you the most relevant experience by remembering your preferences and repeat visits. By clicking “Accept”, you consent to the use of ALL the cookies.
Cookie settingsACCEPT
Manage consent

This website uses cookies to improve your experience while you navigate through the website. Out of these, the cookies that are categorized as necessary are stored on your browser as they are essential for the working of basic functionalities of the website. We also use third-party cookies that help us analyze and understand how you use this website. These cookies will be stored in your browser only with your consent. You also have the option to opt-out of these cookies. But opting out of some of these cookies may affect your browsing experience.
Necessary Always Enabled
Necessary cookies are absolutely essential for the website to function properly. This category only includes cookies that ensures basic functionalities and security features of the website. These cookies do not store any personal information.
Non-necessary
Any cookies that may not be particularly necessary for the website to function and is used specifically to collect user personal data via analytics, ads, other embedded contents are termed as non-necessary cookies. It is mandatory to procure user consent prior to running these cookies on your website.
SAVE & ACCEPT